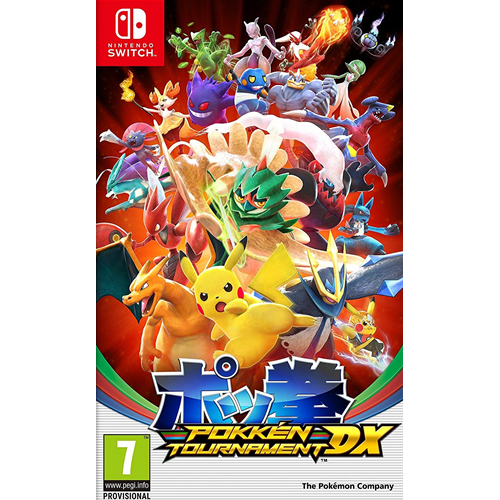 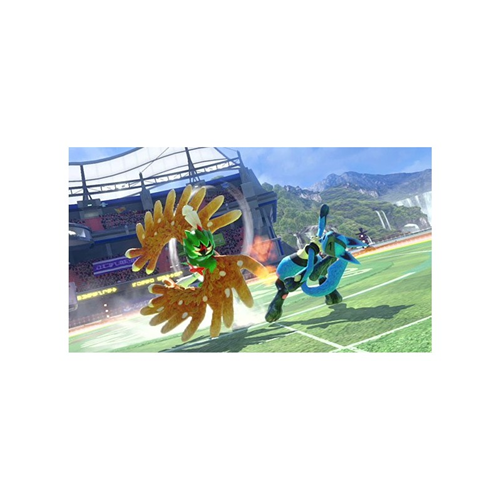 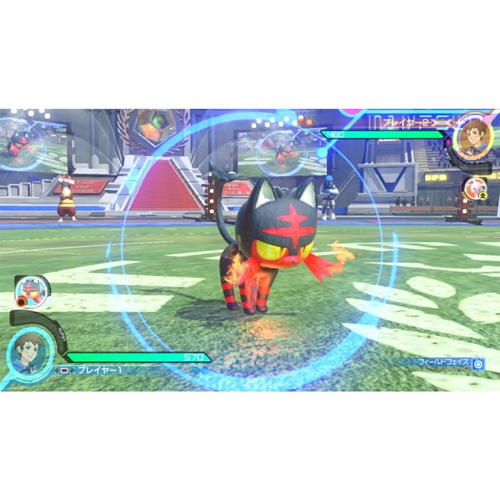 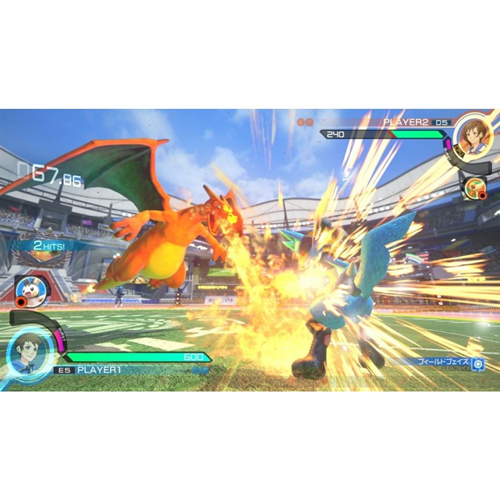 COVER: ENGLISH
The popular Pokémon fighting game comes to the Nintendo Switch console with added Pokémon fighters and new ways to battle other players. Take direct control of one of over 20 prized Pokémon fighters to defeat other Pokémon in action-packed arena fights. With Nintendo Switch, you can battle at home or on the go to become the Ferrum League champion!
Master the new fighting styles of Croagunk, Scizor, Empoleon, Darkrai, and the newly added Decidueye. New modes give you the ability to challenge your friends* in intense competition. Duke it out with your favorite Pokémon Fighters in Team Battle. Then record and upload your favorite fights with the new replay feature**. Take the battle on the road with the portable Nintendo Switch system or find competition online in the new Group Match Mode. Do you have what it takes to claim the title of Pokkén Tournament DX champion? There's only one way to find out, and that's by stepping into the battle arena!